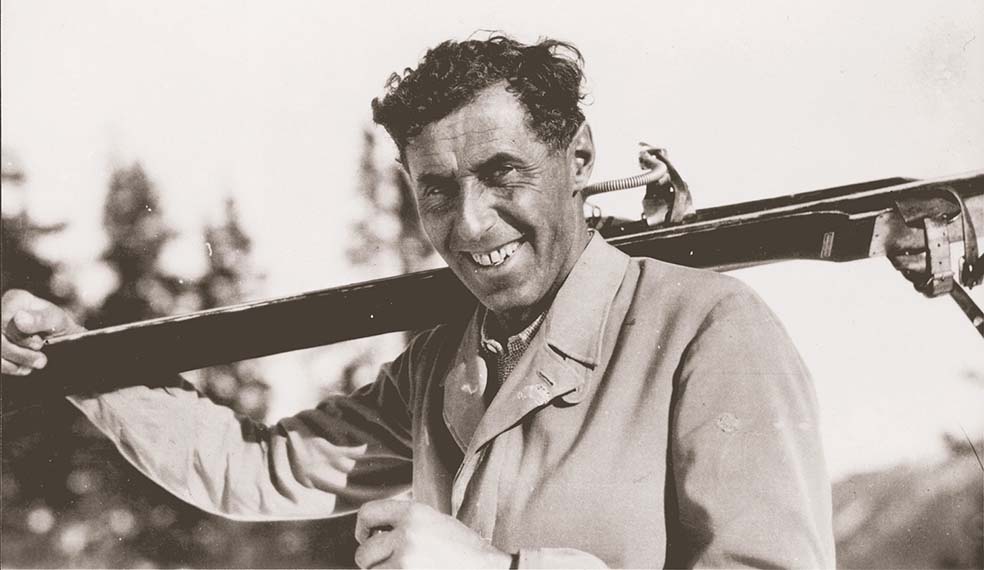 At SkiBoutique we are lucky enough to offer luxury ski chalets and accommodation of every size and shape, from the ultra-modern to the traditional. So, if you’re looking for cutting edge architecture and design we can recommend Backstage Loft or the quirky style of Chalet Quezac or Rock N'Love. But if chocolate-box pretty is more your thing, then look at Le T Chalet in Verbier. We also have a number of historic chalets such as Lech’s Chalet 1597 ( the date of construction - yes really!) but we only have one chalet that is historic, typically Alpine pretty and is iconic for its connection to the development of skiing itself. Haus Hannes Schneider in Austria.

This beautiful, wooden townhouse is the birthplace of Johann "Hannes" Schneider (June 24, 1890 – April 26, 1955), an Austrian Ski instructor who is often know as the ‘father of modern skiing’. He was born in the town of Stuben am Arlberg, the son of a farmer who also kept a few cows that provided fresh milk for local cheesemakers. His father was also a road supervisor tasked with keeping the crucial Arlberg Pass open during the winter months. It was his father's hopes that Hannes would become a cheesemaker.

Hannes however was fascinated by the mountains and skiing, which at that time, was still primarily a form of transport rather than a sport or recreational activity. Legend has it that Schneider made his first pair of skis from an old barrel. He became fast and elegant on his skis and soon gained a reputation for his skills, winning many local races. To his father’s delight in 1907 he was offered an apprentice cheesemaker position but instead he went to Switzerland to teach skiing at a hotel in Les Avants. The following year he was offered a similar position at the Hotel Post in St Anton and his reputation for teaching led to an increase in the numbers of winter visitors.

While working in St Anton, he developed a teaching method of progressing students from slow turns and gentle slopes to high speed control. It became known as the ‘Arlberg Method’. His ‘stem christie’ turn became the skiing standard until the late 1960’s when it began to be replaced by parallel turns.

Schneider was drafted into the Austrian Army during the First World War serving as an army ski instructor. In 1918 he returned to St Anton to continue his work as a ski instructor and in 1920 he appeared in a documentary film about his ‘Arlberg technique’ and by 1924 he has set up a ski school in the resort. In 1928 Schneider and Arnold Lunn (founder of the British travel company Lunn Poly ) organized the first alpine combined competition to be known as the Arlberg-Kandahar.

Hannes continued his teaching and as skiing became more and more popular as a recreational activity, his fame grew and he made several more films and wrote a book entitled “The Wonders of Skiing”. However, he ran into trouble with Nazi policies and was imprisoned in 1938. Thanks to the intervention of an American banker who was keen to develop skiing in New England, he was released and Hannes and his family were able to escape to the US where he helped to train the 10th Mountain Division of the US Army.

He then became director of the Cranmore ski area in New Hampshire where he continued to teach alongside his son, Herbert. He died in 1955 and was elected to the U.S. National Ski Hall of Fame in 1958.

So, a stay at Haus Hannes Schneider gives you the chance to enjoy the fabulous Arlberg skiing, to revel in the refined, understated elegance of the chalet and to know that you are part of the history of our favourite sport.

A (Brief) History Of The Cocktail
Ski Touring - Part 1