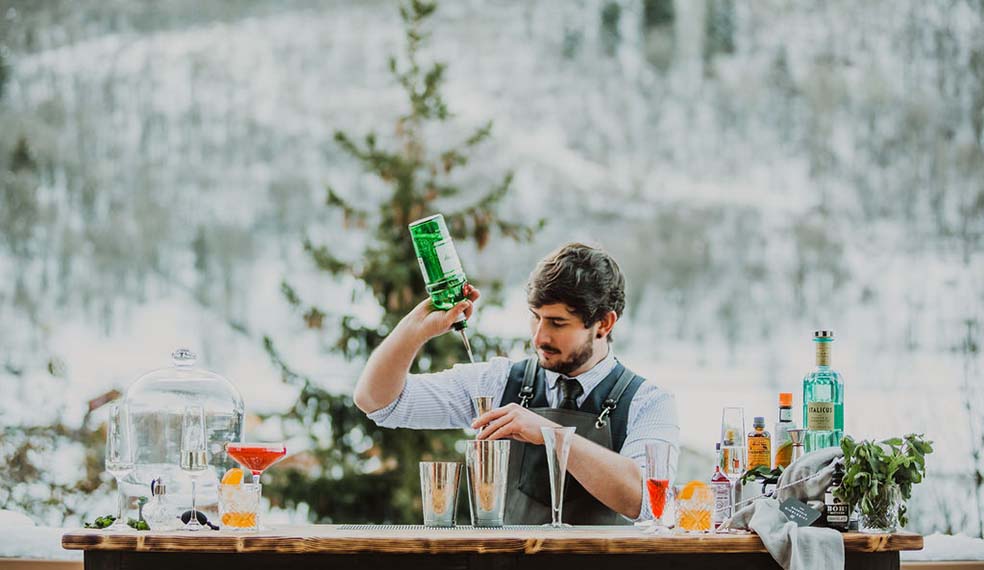 There are few things that say fun & party like a cocktail – a wonderful concoction of flavours, colours and smells – with or without the tiny paper umbrella ! The Oxford Dictionary defines a cocktail as "an alcoholic drink consisting of a spirit or spirits mixed with other ingredients, such as fruit juice or cream". But that rather dry definition does little justice to the vast array of delicious drinks that can be produced by a skilled mixologist.

We often think of cocktails as being an American invention from the glamorous roaring twenties à la Great Gatsby but they probably developed from the British Indian punches of the 18th century. These were big bowl of spirits mixed with spices, fruit juices and other flavours. In the publication “ The Balance and Columbian Repository” published in 1806 we find the first mention of the cocktail as an alcoholic drink - “a stimulating liquor composed of any kind of sugar, water and bitters, vulgarly called a bittered sling.”

Jerry Thomas, an American bartender could be called the ‘father of cocktails ‘ and his book, “How to Mix Drinks, or The Bon Vivant’s Companion” published in 1862 was the first guide to creating cocktails and became the bar tenders’ encyclopaedia. Another giant leap forward for cocktails, was the widespread availability of ice. With ice more available around the U.S. and internationally, the possibilities for cocktails and cocktail consumption, exploded.

Two world events, Prohibition in the USA and the 2nd World War led in their own ways to the explosion and development of the cocktails and their glamorous image. Prohibition and the development of the ‘speakeasy’ or illegal bars gave cocktails a glamorous, risqué image. War in the Far East and the Pacific introduced new exotic flavours and the development of what became known as ‘Tiki Culture’ a sentimental and idealised idea of the South Pacific, particularly Hawaii & Polynesia, reflected in cocktails such as the Mai Tai, made famous by bars such as Trader Vic’s and the Beachcomber, both hotspots for Hollywood stars such as Frank Sinatra.

The 1950’s was a key era for cocktail culture —think Mad Men, Manhattans & Martinis. Their popularity decreased in the latter part of the 20th century only to see a resurgence over the last few years, matched by the huge upsurge in the development of artisan gins, rums and other spirits. Now the adventurous mixologist is creating amazing concoctions using novel ingredients such as ginger, lemongrass and chili to produce delicious and often complex flavours.

The first "cocktail party" ever thrown was allegedly by Mrs. Julius S. Walsh Jr. of St. Louis, Missouri, in May 1917. But you can enjoy your own cocktail party in your own luxury ski chalet – chalets such as La Maison, Zems Lodge and Pont du Cam all offer a signature cocktail list. Or, if you’re staying in a chalet in Meribel or Courchevel, we can arrange an evening with ‘The Mountain Mixologist’ – the cocktail bar that comes to you and creates bespoke cocktails. Sample a fiery Meribel Mule or a refreshing Orange & Thyme Collins courtesy of mixologist Myles. Ask your SkiBoutique PA to organise a cocktail party during your stay so you can toast your holiday in style.

Thank you to The Wardette Studio for the photo