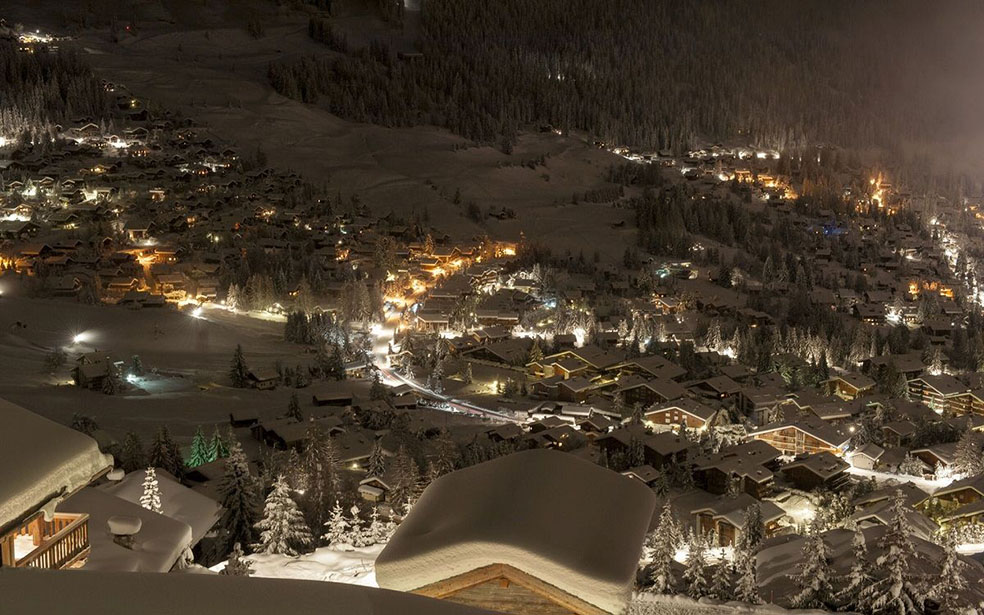 It’s long been accepted that the French resort, Courchevel 1850, is the most exclusive ski resort in the world, the Manchester United of the premier league of ski resorts but like the Red Devils, Courchevel is losing it’s grip and dominance on the title and there’s a new kid on the block vying for top spot. That resort is Verbier and it’s pushing hard.

Like a one man team, Courchevel has been reliant on it’s star player, the Russians, who decamped, lock stock and barrels of oil and claimed the resort as their own. They’ve pumped billions into the place, snapped up properties and have generally helped to hike prices across the board as locals scrambled to cash in on the bonanza.

But as everyone knows, most things in life are cyclical. It’s tough to get to the top but it’s even tougher staying there. Courchevel has a had a good run and I’m not suggesting for a minute that it’s bubble has burst but it’s star is waning. Too much reliance on your ageing centre forward to score your goals is a game of diminishing returns. Sooner or later he’s going to dry up, hobble off the pitch and you’re in trouble. If Courchevel doesn’t play it’s cards right it could be slipping down the table faster than a team managed by Nora Batty. The political situation in Russia is discouraging many from spending abroad and Courchevel is worried.

On the other hand the Swiss resort of Verbier has been quietly accruing points and playing the long game. It’s uber rich clientele are more diverse and it’s stock is rising. Already it could be argued that it has overtaken Courchevel and is on an end of season run for the title. Not many would bet against it.

The resort's association with royal families certainly has helped. Prince Andrew and his ex-wife Fergie are Verbier regulars, as is Princess Mary of Denmark and Prince Frederik of Denmark. The Beckhams ski here. So do Leonardo Dicaprio, Jude Law, Jamie Oliver and Jemima Khan. Richard Branson has had a property here for some time now, you can rent it out if you have deep pockets. A week at the sprawling nine-bedroom chalet will set you back £112,000-a-week. The property features a mini ice rink, indoor swimming pool, outdoor Jacuzzis and a luxury spa. The Lodge can accommodate up to 18 adults in nine bedrooms and up to six children and young adults in a specially designed bunk room. Prince Andrew and the Duchess of York recently bought a private chalet in a prime location for Princess Eugenie and Beatrice to make tracks from. The seven-bedroom pad is rumoured to have cost £13 million and requires six staff, including a chef.

A spate of exclusive restaurant and high-end bar openings, high-profile visits by royals and a sharp rise in the cost of holidaying or buying there means it is now the favoured destination for fur-lined, private jet owning pop stars, princes and those with a shed full of disposable income. Even the well established and ritzy resorts in Switzerland such as Gstaad, St Moritz, Zermatt and Davos are struggling to keep up as Verbier's chalet prices soar and the money pours in faster than the melting spring snow.

The resort, located in south-western Switzerland in the canton of Valais, has the highest price premium of all alpine resorts and buyers can spend up to 80 per cent more than average for prime properties. One of the most exclusive properties on the market is La Truffe Blanche, which has a £36 million price tag, an onyx swimming pool, cinema and Chinese themed nightclub. I know, it’s silly money, but that’s the result of being at the top of the tree as witnessed by Courchevel. Other prime properties typically cost £14,700 per sqm and an entry level family chalet will set you back between £1.29 million  and £1.6 million. Even the permanent spots in the underground car park in the town centre cost £97,000. Ouch!

If you visit for the skiing there are nearly 100 lifts and more than 400 km of ski runs for all levels of expertise spread across the 4 Valley region. From the top of the ski area, Mont Fort, at 3330m, the views reach as far as the Matterhorn and Mont Blanc. At least for now, they haven't divided the slopes into VIP areas, although that day may not be far off.