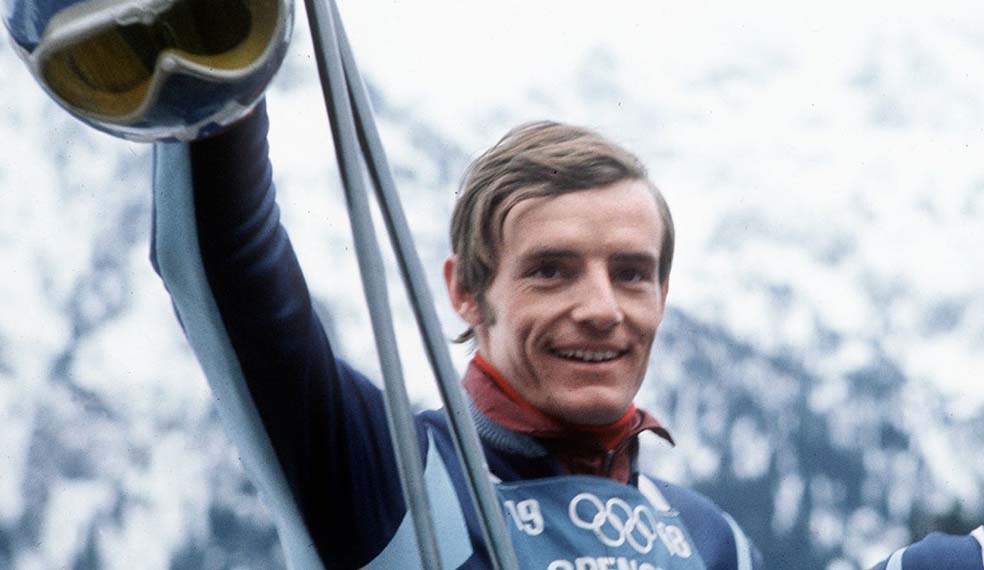 A Legend. An Icon. A Brand.

To anyone who has skied in France, the name ’Killy’ is well known – either as the name of the combined ski area of Tignes and Val d’Isere or from the ski clothing brand developed under his name but perhaps the man himself is less familiar.

Jean-Claude Killy who was born near Paris in 1943, is a French former World Cup alpine ski racer. He dominated the sport in the late 1960s, and was a triple Olympic champion, winning the three alpine events at the 1968 Winter Olympics, becoming the most successful athlete there. He also won the first two World Cup titles, in 1967 and 1968.

Although born in Paris, Jean-Claude grew up in Val d’Isere from the age of 3 and was a talented skier from the start, making the French national junior team at just 15. In December 1961 he won his first international giant slalom race in his home town and from there went from strength to strength. By the late 1960’s Killy dominated ski racing, both in the giant slalom and downhill events and at the 1968 Winter Olympic Games held in the French town of Grenoble he won the Triple Crown of Alpine Skiing with a sweep of all three Olympic gold medals (downhill, giant slalom, and slalom). A star was born.

Jean-Claude became an international figure, helped in no small way by the fact that the 1968 Winter Olympics were the first to be extensively televised and broadcast in colour by American ABC network. With his good looks & gallic charm, he became an overnight celebrity and went on to appear in several TV shows & films ( usually cast as a ski instructor !) as well as becoming the ‘face’ of several high profile brands from Rolex, Moët & Chandon to Chevrolet cars. He also created the eponymously titled ski-clothing company which forged itself a fantastic reputation in the industry, not just in Europe, but globally.

He also had a short career as a racing driver between 1967 and 1970, participating in several races including Monza and 24 Hour Le Mans in 1969, where he led the race but sadly had to pull out 4 hours before the end. He was co-president of the 1992 Albertville Winter Olympics and a committee member for the Games in Turin 2006 and Sochi in 2014.

In 1972 the ski area of Val d'Isère and Tignes in the French Alps was given the name l'Espace Killy, in his honour although officially the title was dropped in 2016.