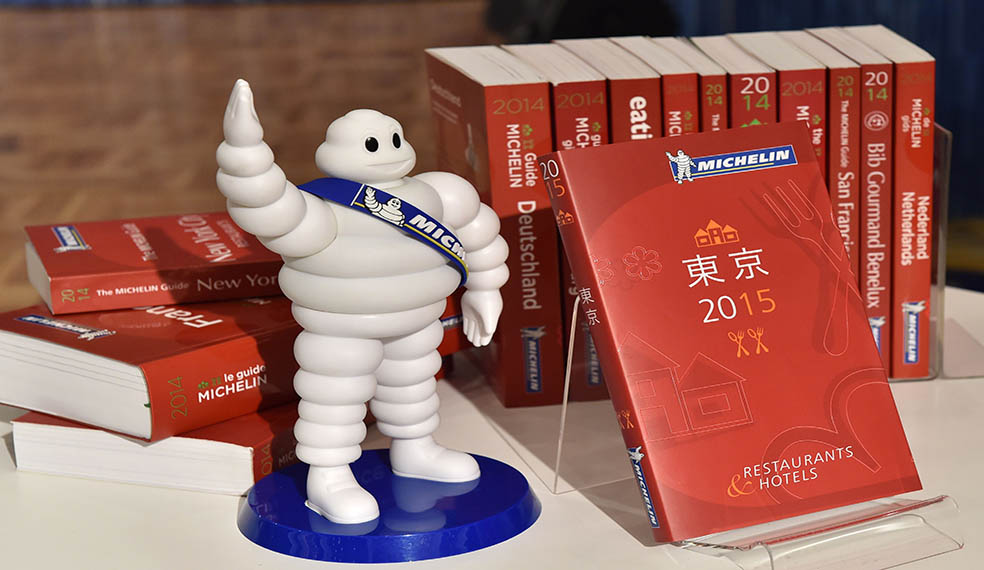 We have all heard of Michelin starred restaurants and here in the Alps we are lucky enough to have several mountain restaurants that are recipients. But I thought you might be interested to learn a little of the history of this esteemed guide.

In 1900 the tyre manufacturer brothers André & Édouard Michelin published the first edition of a guide for French motorists. At the time there were fewer than 3,000 cars in France, and the Michelin guide was intended to boost the demand for cars, and thus for car tyres. For the first edition of the Michelin Guide the brothers had nearly 35,000 copies printed. It was given away free and contained useful information for motorists, including maps, instructions for repairing and changing tyres, and lists of car mechanics, hotels and petrol stations.  Other destinations soon followed including the Alps in 1908 and the first English language version in 1909.

After the First World War, recognising the popularity of the restaurant section, the brothers employed a team of inspectors to visit and review the restaurants – from the start it was always done anonymously and was paid for by Michelin, never the restaurant to ensure unbiased opinions.

In 1926 the guide began to award stars for fine dining establishments. Initially, there was only a single star awarded. Then, in 1931, the hierarchy of zero, one, two, and three stars was introduced. Finally, in 1936, the criteria for the starred rankings were published and these remain the same today:

1 Michelin star: "A very good restaurant in its category"

The famous French chef and holder of 3 stars, Paul Bocuse, said, "Michelin is the only guide that counts." In France, each year, at the time the guide is published, it sparks a media frenzy, which has been compared to that for annual Academy Awards. Media and others debate likely winners, speculation is rife, TV and newspapers discuss which restaurant might lose and who might gain a Michelin star. The Michelin Guide also awards Rising Stars, an indication that a restaurant has the potential to qualify for a star, or an additional star.

Since 1955, the guide has also highlighted restaurants offering "exceptionaly good food at moderate prices," a feature now called "Bib Gourmand". They must offer menu items priced below a maximum determined by local economic standards. The name Bib (Bibendum) is the company's nickname for the Michelin Man, its corporate logo for over a century.

In the 2016 guide the following Alpine restaurants received stars:

And that delicious selection is just the start as in addition there are restaurants with BiB ratings and the many wonderful restaurants serving local specialities. If you’re planning a special occasion or if you just want resort restaurant recommendations, call our SkiBoutique PA service – we all live in the mountains and love sharing our local knowledge.

And if you are driving to the French Alps and looking for somewhere to stay close to the Tarentaise resorts, there is a great hotel with a 1 Star restaurant in Albertville, - Le Million.