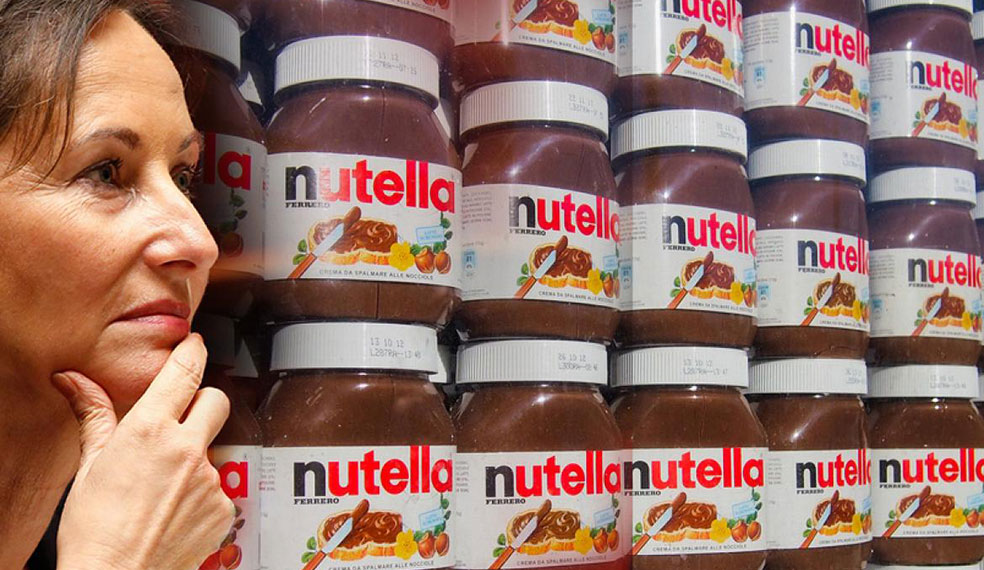 Many of our clients will sit down to a hearty breakfast before a day on the slopes and many will slather their baguettes in Nutella, a tasty chocolate spread and a treat for those addicted to the stuff. If the French ecology minister has her way, this will soon be a thing of the past.

The French ecology minister Ségolène Royal has called on consumers to stop eating Nutella because the cultivation of palm oil, a key ingredient, contributes to deforestation. “We have to replant a lot of trees because there is massive deforestation that also leads to global warming,” she told French television network Canal+.

Ferrero, the manufacturer of Nutella, strongly deny the claims and said it was playing a leading role in “the sustainable transformation of the palm oil sector. “Our target is to ensure our consumer that the palm oil we use in our products achieves our ‘No Deforestation, No Peat, No Exploitation’ commitments,” the company said.

If this is true and Ferrero are being responsible about production then why is Ségolène Royal kicking up a fuss? The plot, not to mention the chocolate spread, thickens. Because, meanwhile in a French court, two sets of parents were banned from naming their baby daughters Nutella.  In a counter argument the two married couples claimed that Nutella is popular, sweet and homely - exactly how they wanted their children to turn out.

Eyebrows were raised as soon as they tried to register the name with the civil authorities in Valenciennes. After weeks of legal argument, and many slices of ciabatta and Nutella, the judge ruled ‘it is not in the best interest of a child' to be called Nutella, because of the risk of abuse and bullying and the practice could spread. The parents accepted the judgement, agreeing to call their girls 'Ella', although they will - of course - be able to use 'Nutella' as a nickname at home.

It seems the French have got it in for Nutella. Is it because they don’t manufacture it and the pesky Italians have a world beater on their hands? Perhaps we’ll never know the real reason why the French are trying desperately to sully the name and create bad publicity. Meanwhile the Swiss are looking on in bemusement because everyone knows they are the king of chocolate and there lies a clue. Perhaps Sepp Blatter, the disgraced boss of FIFA, who announced his resignation last week, has given the French ‘encouragement’, shall we say, to put the spoilers on.

Meanwhile, Ferrero have done them selves no favours at all and shot them selves in the foot. Someone from the publicity department has come up with the bright idea of letting the public come up with their own names for the tasty chocolate treat, ie Nigella, Donatella, Tarantella . . etc . . .  and in the process have published a list of words that are not allowed, thus upsetting minorities who now feel they are being discriminated against. For instance the word “lesbian” is forbidden and they are up in arms about it. This is very fishy and smacks of an inside job and an attempt at self sabotage. If this situation escalates, Europe could soon be on course for a chocolate war and that could mean the end of the ski season for a year or two. All possible attempts must be made to get to the bottom of this situation and reach a diplomatic settlement before it gets out of hand.