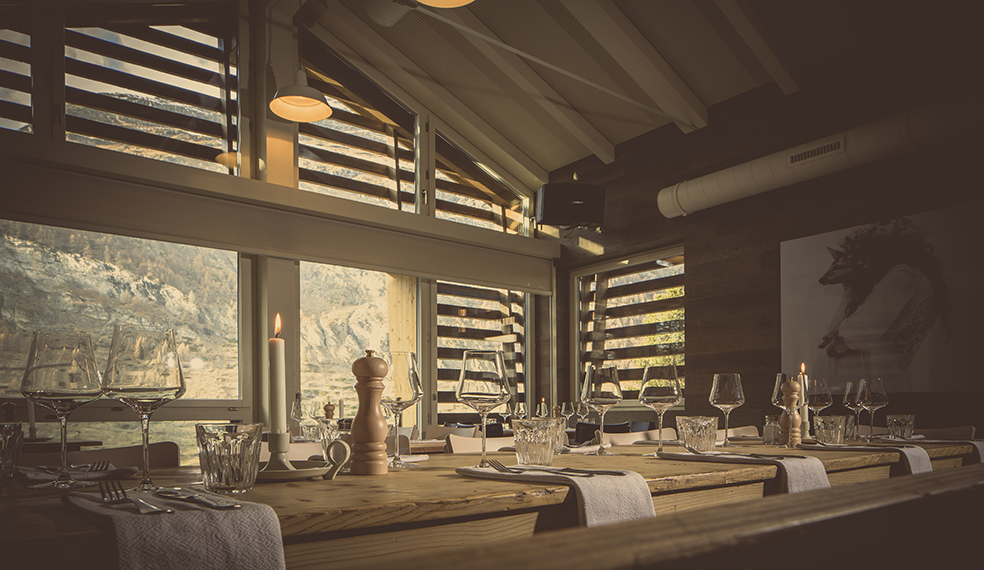 Cowbells, high-end time pieces, trains that run on time, Toblerone and spectacular mountain landscapes all come to mind when thinking of things Swiss. Another quintessential Swiss tradition is Raclette & Fondue. You really should try this simple and hearty meal, at least once, when you visit this magical country.

If you don’t like cheese, look away now! Both Raclette and Fondue use melted cheese as the main ingredient. Potatoes and bread are also staples of this simple meal. Many believe that raclette & fondue were consumed only by mountain dwelling peasants in the distant past but in fact it was actually a town-dweller's dish too. The natives of the lowlands of western, French speaking Switzerland also indulged, the difference was that rich cheeses like Gruyere were used. Gruyere was a valuable export item which peasants could not afford to eat.

Both dishes have a rich history, raclette was mentioned in medieval writings, in texts from Swiss-German convents dating from as far as 1291. Traditionally, Swiss cow herders used to take the cheese with them when they were moving cows to or from the pastures up in the mountains. In the evenings around the campfire they would place the cheese next to the fire and when it had reached the perfect softness, scrape it on top of their bread.

The earliest known recipe for cheese fondue as we know it today comes from a 1699 book published in Zurich, under the name "Käss mit Wein zu kochen", "to cook cheese with wine". It calls for grated or cut-up cheese to be melted with wine, and for bread to be dipped in it.

Traditionally the melting happens in front of an open fire with the big piece of cheese facing the heat. One then regularly scrapes off the melting side. It is accompanied by small firm potatoes, gherkins, pickled onions and dried meats.

The modern way of serving raclette involves an electric table-top grill with small pans, known as coupelles, in which to melt slices of raclette cheese. The cheese is brought to the table sliced, accompanied by platters of boiled or steamed potatoes, other vegetables and dried meats. These are then mixed with potatoes and topped with cheese in the small, wedge-shaped coupelles that are placed under the grill to melt and brown the cheese.

Fondue, on the other hand is served in a communal pot where the cheese is heated by a candle or a spirit lamp and eaten by dipping bread into the cheese using long-stemmed forks. Fondue was promoted as the Swiss national dish by the Swiss Cheese Union at the 1964 New York World’s Fair, where it became very popular with the Americans.

The emphasis in raclette & fondue dining is on relaxed and sociable eating and drinking, the meal often running to several hours. French and other European supermarkets generally stock both the grill apparatus and ready-sliced cheese and charcuterie selections, especially around Christmas. Restaurants also provide raclette evenings for parties of diners.

In Zermatt, there are a quite a few restaurants that specialise in the Raclette & Fondu experience. Ferdinand is one of the architectural highlights in the Cervo Mountain Boutique Resort. The restaurant, which is located in its own chalet, has space for 80 guests and blends alpine tradition and modern style with ease. It’s a beautiful place to partake in this tasty traditional dish, the interior of this contemporary styled restaurant is quite at odds with the rustic quality of the food. The ambience is very trendy. The meals are made with delicious, top-quality products. All the produce they use comes from either the Valais region or elsewhere in Switzerland.

Saycheese is another beautifully styled restaurant and is situated in the Zermatterhoff Hotel, in the heart of Zermatt. The atmosphere is relaxed. The quality of the cheese is exceptional. All of the cheeses on the menu come from the Valais region, and this of course includes the exquisite Mutschli cheese from the “Zermatter Horu” cheese dairy. The chef recommends the Zermatterhof fondue, which is served either with champagne, with winter truffles or with porcini mushrooms. Quite a departure from the traditional menu but very tasty nonetheless.

The Whymperstube, situated in the Seiler Hotel Monte Rosa, on Zermatt‘s bustling main street, is in the liveliest part of the resort, right in the heart of Zermatt. This delightful restaurant is more in keeping with the traditional rustic quality of the food. The interior of the restaurant is rustic and cosy. Whether you prefer cheese or meat fondue, raclette or other local specialities from Switzerland, you will find a large variety of delicious dishes here, accompanied by exactly the right wine.