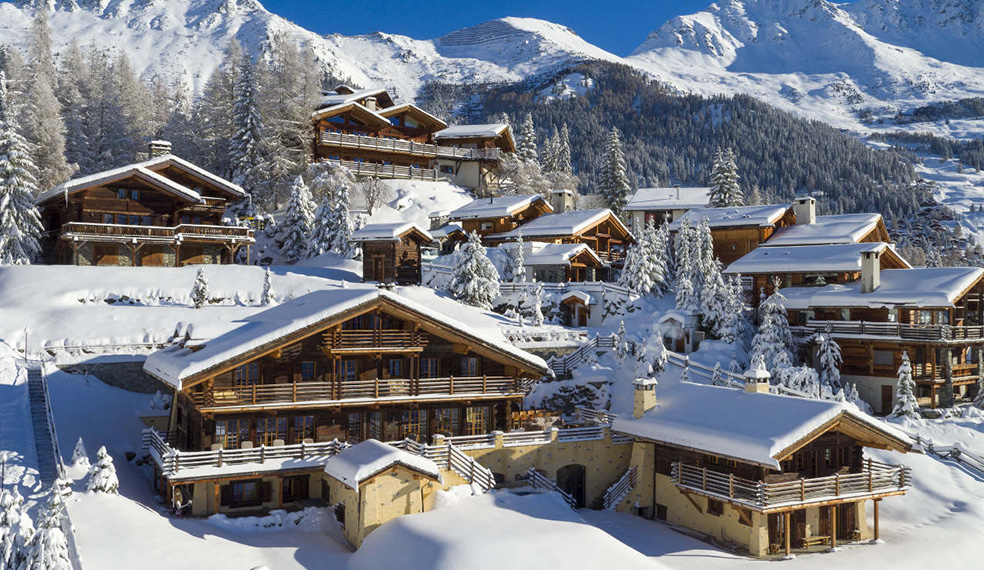 Eons before skiing was dreamt of, Verbier was just a sleepy agricultural settlement. A paradise of farmers tending their cows, goats and sheep.

Situated in the canton of the Valais, in the southwest of Switzerland, Verbier is bordered by France to the west and Italy to the south. It's about a two-hour drive from Geneva airport, or you can take a train from the airport to Le Chable and then hop onto the gondola to the centre of resort.

The ruins of Verbier castle provide a glimpse into a world so old that it’s not documented in local archives. From the remaining stones it can be assumed that the castle was probably built sometime in the 12th century before being destroyed in 1475 after the Battle of La Planta. Traces of the moat can still be seen as well as what may once have been a well.

The churches of Verbier provide a visual contrast as well as a different historical perspective to the more modern architecture. The Verbier Village chapel was originally built in 1686 but in time became too small to serve the community. It was replaced in 1866 with the building that stands today, albeit featuring a number of the original 17th century features and is worth a peek inside for anyone interested in religious history. The parish church of Le Châble originally dates from 1488 and was restored in 1981. The bell tower is the oldest original feature. The gothic style of the building is quite beautiful and the interior features a fresco painted by a local artist, Félix Cortey. In compete contrast is the newcomer completed in 1962, which dominates the town with its 40 meter spire and bold modern design.

Verbier saw its very first ski hikers in 1915 and the first hotel was built in the early 1930’s. In 1950 the real start began when five members of the development society, founded 13 years previously, planed the construction of the Médran ski lift. The station’s history is deeply related to the development of the ski domain by the society of ski lifts TéléVerbier. In 1955 the Savoleyres installation was built, followed in 1957 by the Attelas and then in 1960 by the Mont-Gelé and Tortin lifts. The first skiers were Swiss, Belgian or French, it wasn’t long before the Swedes and the British caught on to the delights of Verbier.

From its humble beginnings Verbier has grown from being a tranquil grazing pasture to one of Europe’s premier holiday destinations. There is no doubt it's an expensive resort but with its superb skiing, international clientele, high-quality accommodation and phenomenal bars and restaurants, it's most certainly a high end resort.

Verbier suits both the keen skier, with its amazing and easily accessible off-piste, and the more leisurely skier who enjoys cruising the blues before relaxing on a sun lounger for the afternoon. Many professional skiers locate in Verbier to take advantage of the wonderful terrain. It’s also the perfect spot for the après-ski enthusiast, with a world-famous selection of lively bars and clubs.

Verbier is an all year round resort and is truly beautiful in the summer months. There’s a thriving community of artists, photographers and creatives here. Winter or summer, Verbier presents its beautiful face to the world

The Art of The Concierge
Cervino Monterosa Paradise