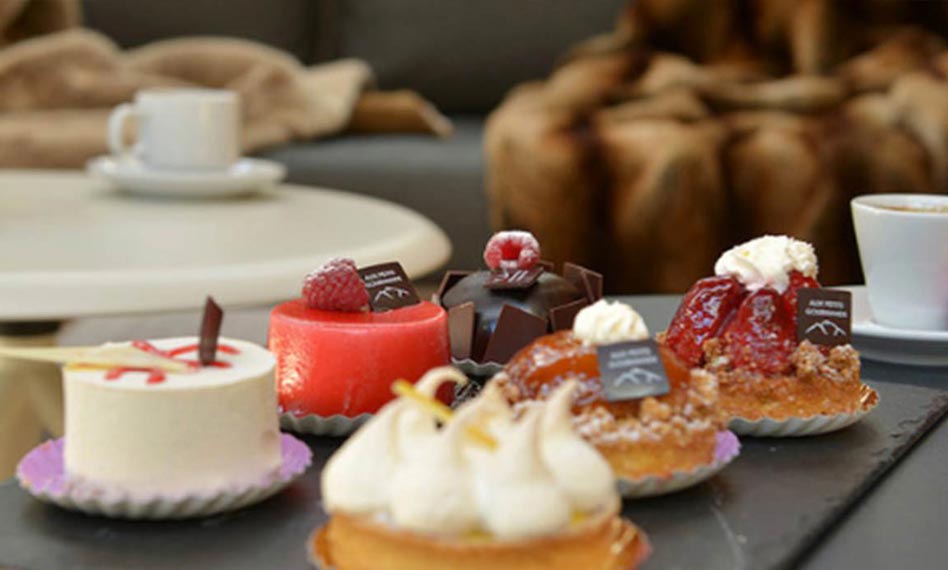 There are few better things in life than returning to your wonderful luxury ski chalet after a fantastic day on the slopes, to a delicious afternoon tea.

Afternoon Tea is a British Institution and one of life’s true luxuries. Legend has it that in the 1830’s, Anna Maria Stanhope, 7th Duchess of Bedford, was too hungry to wait for the late dinner that were the social norm and so she requested a selection of biscuits and cakes to be served in her dressing room. The Duchess quickly became attached to this afternoon custom and began sending invitations to her friends requesting their company to share in these niceties. Queen Victoria heard about it and also fell in love with the idea. By the late 1840s the royal household was also hosting daily tea parties, which later became known as ‘afternoon tea.’

Soon invitations to take tea “At Home” were rife among the fashionable ladies of the day and gradually the ritual of ‘taking of tea’ spread. It moved from the home to public places and ‘Tea Rooms’ and ‘Tea Gardens’ were set up all over the UK. In the Edwardian period it became established that tea would be served at 4pm. The Ritz and Fortnum & Mason became the places to go. Tea Dances soon followed but these became less fashionable after the 2nd World War although the ritual of Afternoon Tea has been gaining popularity again in the last few years.

Traditionally afternoon tea consists of finger sandwiches, scones with jam & cream and cakes.  But this simple description does not do justice to the feast served in our luxury chalet portfolio. There is now a choice of teas ranging from a good builder’s brew to delicate speciality loose leaf varieties. Many now also serve savoury snacks as well so that all tastes are catered for and the occasion can be made even more luxurious by adding a glass of two of champagne.  I love it all, although have to admit, that a slice of fresh French baguette with lashings of butter and nutella is my absolute heaven. But I adore the wonderful frivolity of afternoon tea and it is always one of my favourite meals on a ski holiday.

As the novelist Henry James wrote - “There are few hours in life more agreeable than the hour dedicated to the ceremony known as afternoon tea.”  So enjoy your tea in comfortable sofas, in front of a crackling fire, with snowy mountain views discussing the exploits of the day’s skiing – it’s one of life’s little luxuries