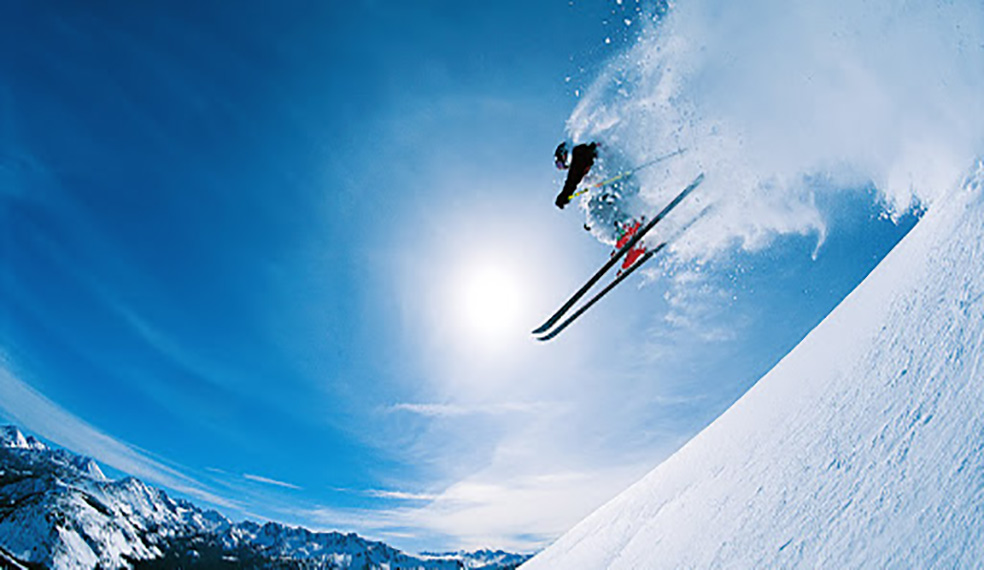 Skiing down from the very top of the world’s highest peaks will never catch on in popularity. Why would it? Is it even possible? “Impossible is a word to be found only in the dictionary of fools”, so said Napolean Bonaparte but as far as I’m aware he never tried skiing. When asked by his wife if he would like to try he also famously said, “Not tonight, Josephine.” Well it is actually possible but only a handful of complete lunatics have attempted this seemingly crazy and death-defying exploit.

Yoshimasa Wada, a 31-year-old professional skier from Sapporo, Japan, skied down the Matterhorn in 1985. He was the first to achieve the exploit from the actual summit of the 14,688-foot peak. A helicopter dropped Wada on the summit and he skied about 1,000 feet down the sheer north face supported by ropes, secured by two Swiss mountain guides. At the Solvay refuge hut Wada discarded the ropes and weaved and slid in wide turns down the mountain’s east face to another refuge, the Hornli hut, at the base of the peak, about 3,600 feet below the summit.

Witnesses said that he paused several times and that the descent took him about 4 1/2 hours. Had he took a straight line he could have shattered that time easily along with every bone in his body. Strictly speaking not skiing as we know it but he did descend on skis. In 1989 Andre Anzevui attempted the first descent of the North Face of the Matterhorn and was successful, also taking the lazy man’s approach by being delivered to the top by helicopter. (What’s the matter with these people, have they no sense of adventure?).

In 2011 Matthias Giraud, a Frenchman, known to the world and his mates as Super Frenchie could only be bothered to ski the first few 100 metres down from the summit and completed the decent with a base jump. He says he did a front flip over the ridge but less generous souls say he tripped, he covered his fall very gracefully but it could have ended in a trip to hospital or worse.

Enough of the Swiss molehill and on to a proper mountain all 8,850m of it, yes, the Everest. Slovenian ski instructor Davo Karnicar skied down Mount Everest with a webcam on his helmet. Presumably he left the beginners in the class at base camp on the nursery slopes while he attempted to kill himself. He obviously paid attention in ski school because he lived to tell the tale.

Karnicar, who had already lost two fingers to frostbite on a previous aborted attempt, climbed the last stage to the summit at night to avoid bad weather. He arrived exhausted at base camp five hours after departing from the summit, having made the first complete ski decent of Mount Everest. “At 12.40 I got down to Base Camp, glad that it was all over. I’d been on the go for 15 hours, I felt drained and couldn’t sleep. It was as if I was light years from this world. I couldn’t even manage to feel happy”. Not content with Everest, Karnicar has also skied down Mont Blanc, the Eiger, Annapurna and the aforementioned molehill in Switzerland, the Matterho